Home Cat Facts Why Do Most Cats Have Green Eyes?
Cat FactsCats

Cats have large, expressive eyes that come in a relatively wide range of exquisite colors. They could be blue, copper, gold, orange, yellow, turquoise, emerald, or almost any shade in between. In that rainbow of feline eye colors, there’s one color that we see most often: Green. From a light-colored sea green to a vivid emerald, green-eyed cats aren’t hard to come by.

In the human population, only about 2% of adults have green eyes. It’s considered to be one of the most rare eye colors in the world (along with amber and red). So if green eyes are so rare in humans, why are they so common in cats? 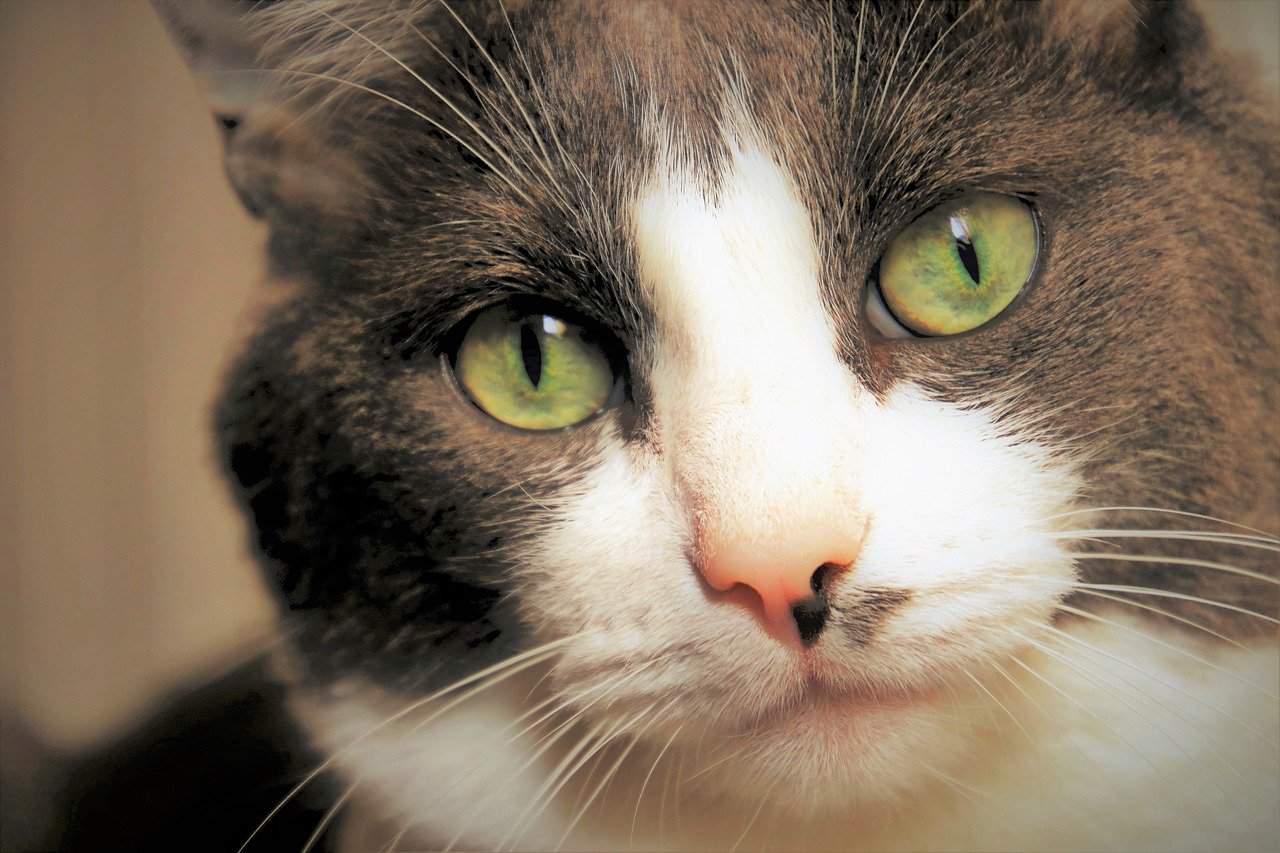 The Science Behind Eye Color

A complete understanding of the science behind feline eye color will likely require more than a few biology lessons, but we’ll break down the basics. For all species, eye color is determined on a cellular level with melanin and melanocyte activity. Melanin is the pigment produced by the melanocytes, and it’s the same stuff that determines what color human skin, hair, and eyes are.

Melanin is in charge of how intense a color is. The more melanin, the brighter and more vivid the iris will be. The melanocytes control the specific color. If there’s a high level of melanocyte activity in the iris, the eyes will be darker in color, and vice versa.

The amount of melanin in a cat’s eyes is based on genetics. They get different genes from both their mother and father, and those genetic markers determine a cat’s physical features. If both a male and female cat have green eyes, there’s an even greater probability that their offspring will also have green eyes.

It Starts At Birth

When kittens are born, there’s no way of knowing their eye color. In fact, they won’t even open their eyes until they’re about a week old. When you finally get a glimpse of those baby peepers, they will be an adorable blue. 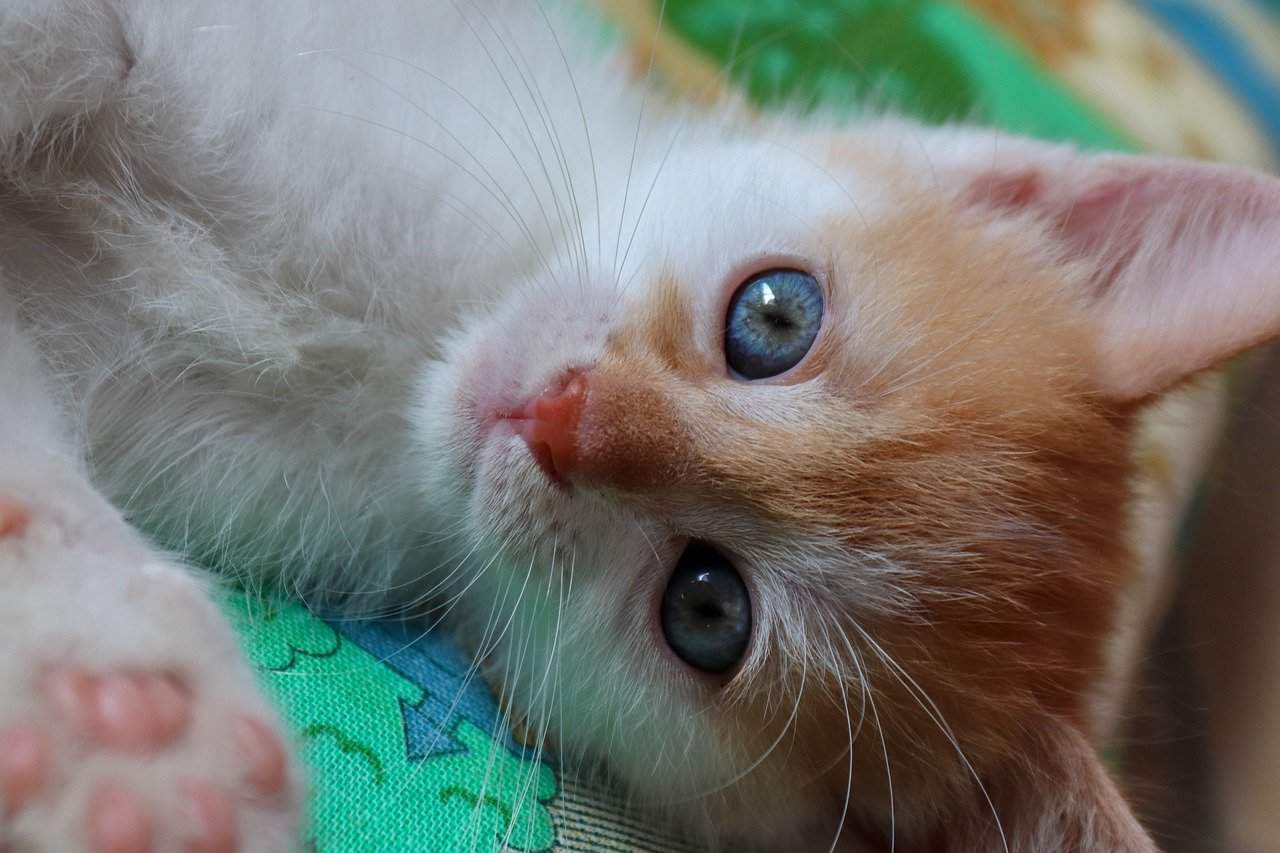 Different than the other eye colors, blue eyes are caused by a lack of melanin in the iris. There’s actually no pigmentation, and the blue color comes from the way light refracts through the rounded surface of the eye. It’s the same phenomena that happens when you look at a rounded piece of clear glass at certain angles.

All kittens are born with blue eyes, and they stay blue until they develop the melanin needed for a different color (unless their DNA codes for blue eyes, and then their eyes remain generally the same). You’ll usually notice a kitten’s eyes changing color when they’re around six weeks old. It’s a gradual process, and some cats don’t grow into their true eye color until they’re around six months.

For a cat to grow into having green eyes, they have to have a low level of melanocytes. Green is considered a light eye color, while orange or gold are dark colors. Unlike humans, cats can’t have brown eyes. 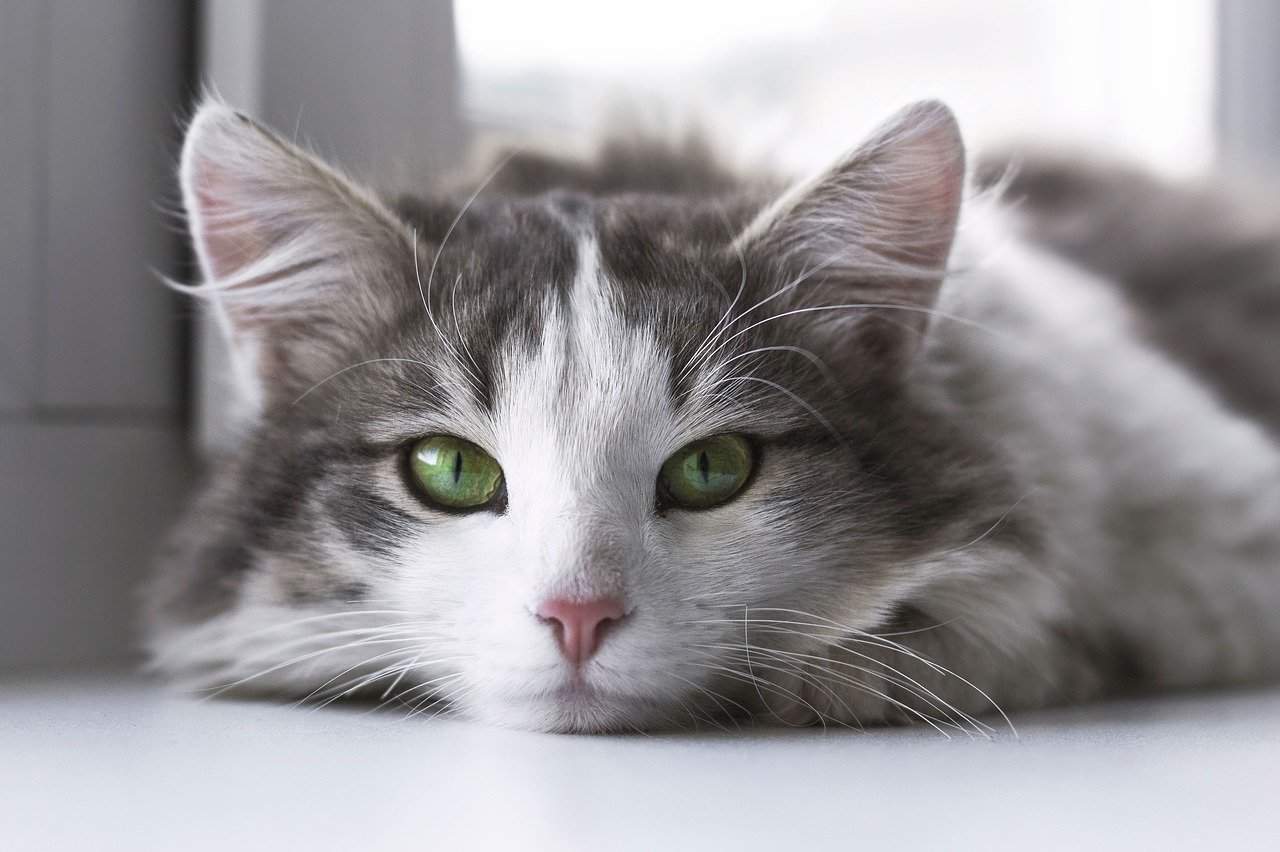 The specific shade of green will depend on the melanin. A low level of melanin could result in a cat having aqua or sea-green colored eyes. An abundance of melanin will show up as a vivid emerald.

While cats with green eyes aren’t rare, the rich color is still something to marvel at. Rescue cats with bright green eyes usually have good chances of getting picked for adoption, and there are more than a few celebrity cats that have earned their fame in part thanks to their beautiful eyes.

Fur Color Has Nothing To Do With It

While we’re talking about cool cats with green eyes, we can’t forget about Cattitude Daily’s own Pepper and Mr. Purple. These two adopted cat brothers are also great examples of how fur color has nothing to do with eye color. 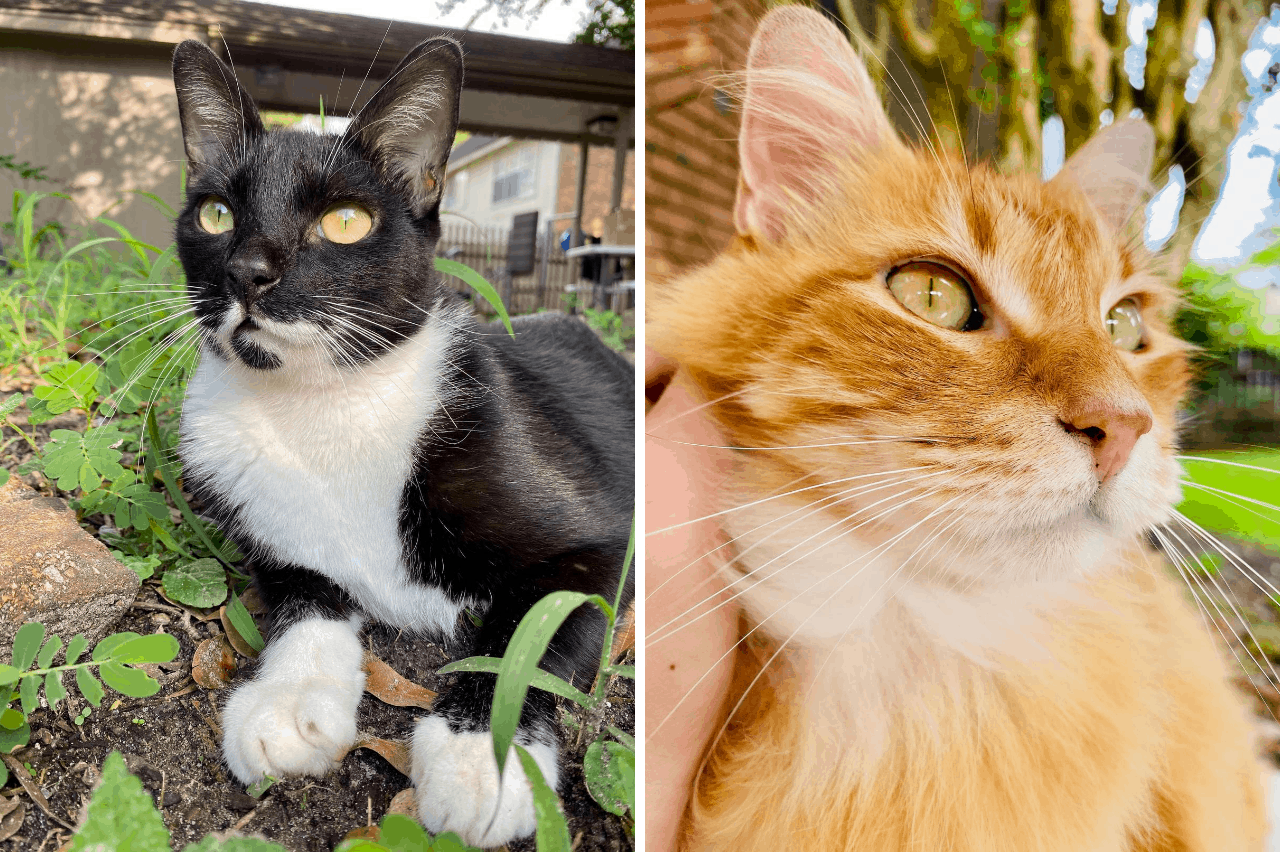 You’d think that because melanin is responsible for both eye and coat color, that the two traits would be linked. But that’s not the case. The melanin in a cat’s iris is seperate from the melanin in their fur. This means any colored cat can have green eyes.

While Pepper is a tuxedo cat and has large areas of black fur that relates to the highest level of melanin, his green eyes indicate his irises have low levels of melanocyte activity. Mr. Purple’s eyes are a similar color to Pepper’s, but his gorgeous mane of ginger floof is obviously completely different than the dapper black and white of his tuxie brother. The difference in their coat colors has nothing to do with their similar green eyes.

Cats of all colors and personalities can have green eyes, and it’s safe to say they’re all gorgeous.

Does your cat have green eyes? We’d love to see! Post a picture in the comments.

Don’t forget to share this article with your fellow cat lovers so everyone can learn the facts behind green-eyed cats.