One pet prefers snoozing in sun spots, and the other lives for games of fetch. One has a tendency to ignore your voice and do what they want, and the other is all about pleasing their people. One is a picky eater, the other eats literally anything.

I could keep going, but it’s pretty clear which pet is which…or is it? Stereotypes aside, we all have to admit that cats typically behave much differently than dogs. They’re cute and cuddly, but they’re also independent and proud. We’ve come to expect certain behaviors from our cats, but what happens when they surprise us? It’s hard to believe unless you’ve seen it for yourself, but some cats act like dogs⁠—and no, they’re not doing it ironically.

If you have a cat that prefers to act more canine than feline, have you ever wondered why? Let’s find out. 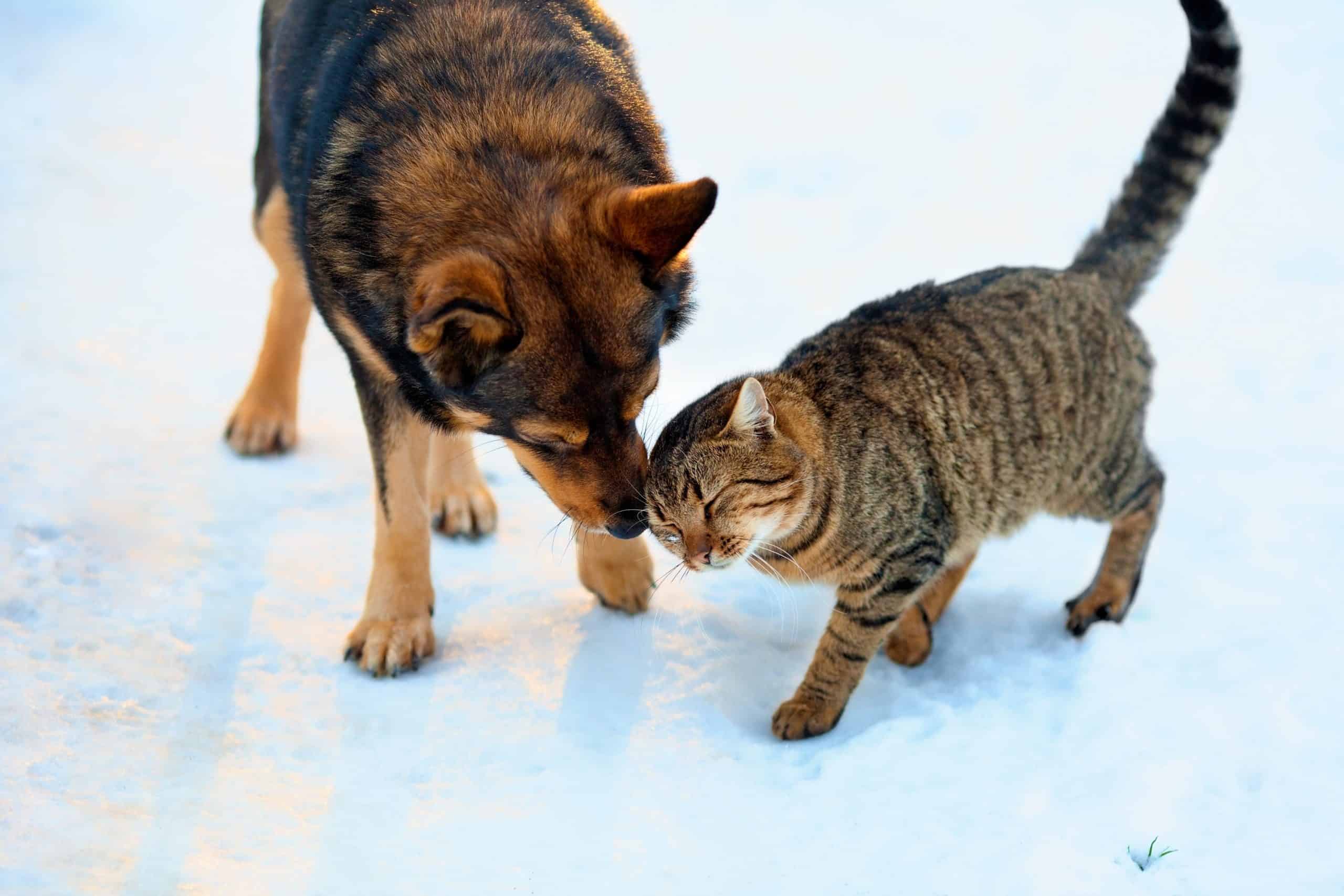 What Behaviors Are We Talking About?

We’ve all heard the stereotypes about cats. They only care about themselves, they’re snobby, aloof, and even antisocial and judgmental. And even if those descriptors ring true for some cats, they’re not the rule for all cats. Plenty of our feline family members are outgoing and friendly. They follow us around the house and are happiest when we’re nearby. Those traits are usually reserved for dogs, but you can’t love cats without realizing they can also be loving and playful.

When we talk about cats acting like dogs, we’re not talking about those friendly felines. Because, despite what popular memes tell us, being friendly isn’t an unusual trait for a cat. 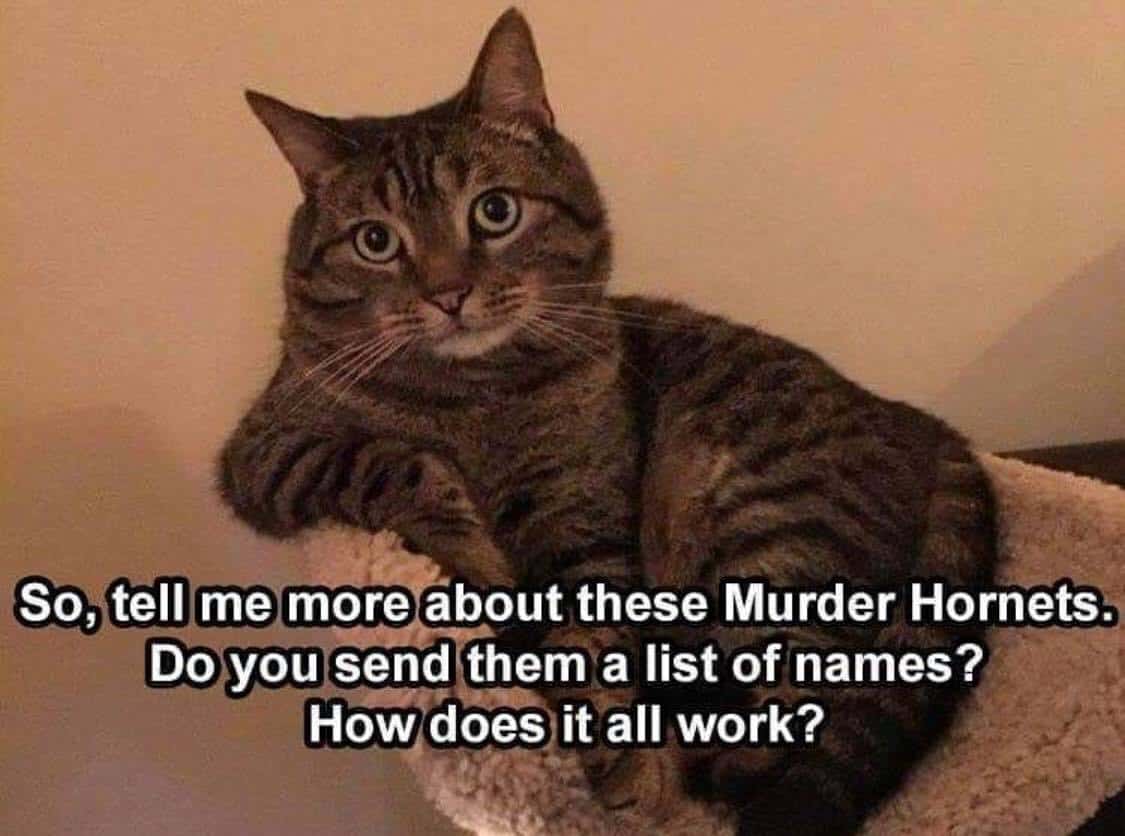 So what purely dog-like behaviors can cats sometimes adopt? We’re talking about cats that choose a game of fetch over a feather wand. They chase after the ball, bring it back, and beg you to throw it again.

There are also cats that run to greet us at the door, actually enjoy being walked on a leash, give puppy dog eyes when begging for food, and meow every time the doorbell rings.

If they’re not doing it for jokes (which would, admittedly, be very cat-like), why are these cats acting like dogs in feline bodies?

It Could Be Your Cat’s Breed

While it’s possible for any kind of cat to unleash their inner dog, there are certain breeds that are decidedly more dog-like than others. 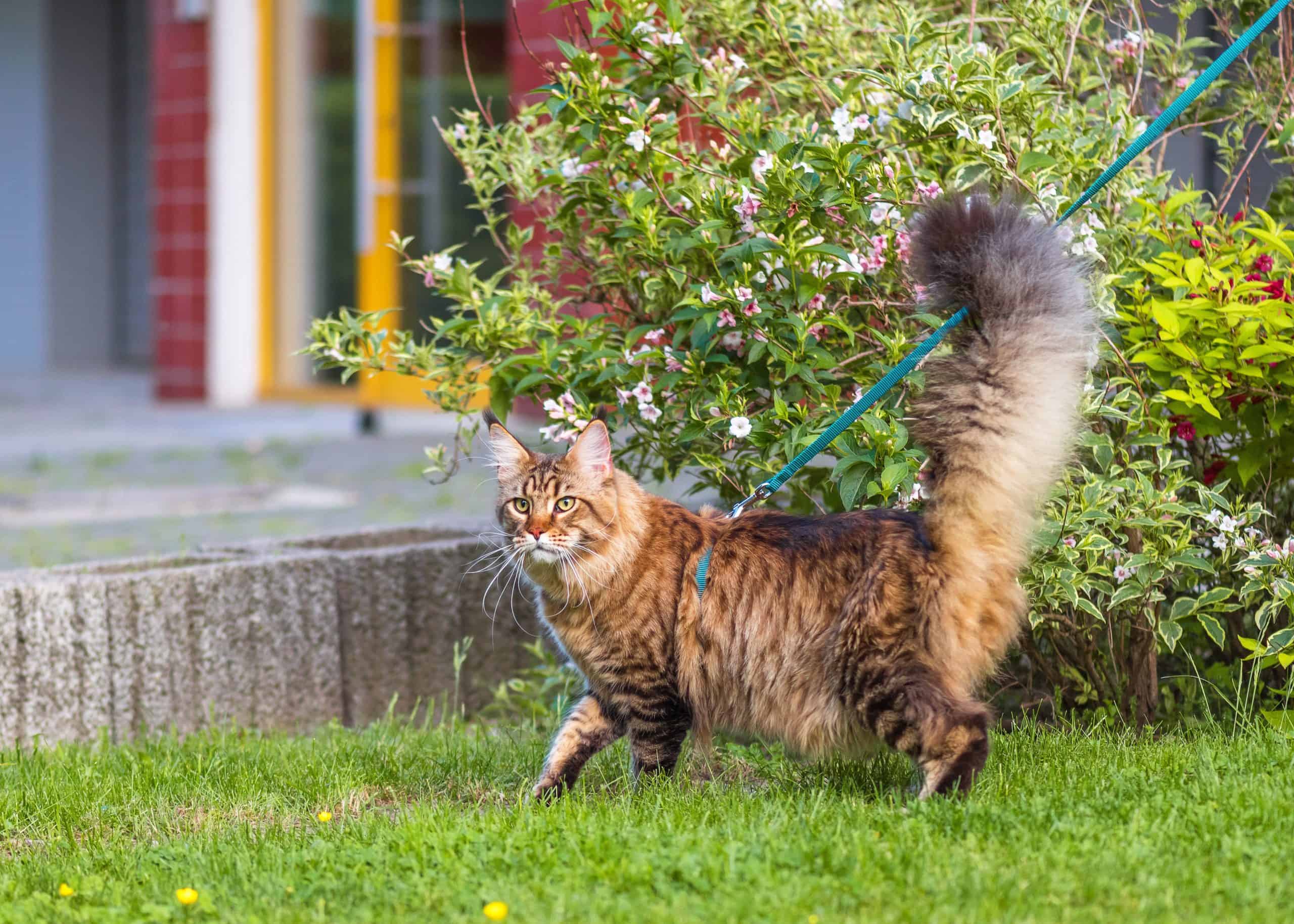 The Maine Coon is one of the best examples, and it’s not just because these hefty felines are bigger than a lot of small dogs. Maine Coons are the fetch-lovers of the cat world. It’s not unusual for these big cats to be naturally attracted to games of fetch. They’ll start chasing after balls and toys without any encouragement. They’re also big nature-lovers. Most Maine Coons are happiest when they’re outside exploring, and they can be trained to go on walks and hikes likes dogs.

Another cat breed with dog-like behaviors is the Turkish Angora. They might look prissy with their gorgeous all-white coats, but they’re basically small dogs in cat suits. These cats are almost too friendly. They prefer to follow you at all times and can greet guests with as much enthusiasm as a hyper dog. There’s no watching from a safe distance or cautious staring for these felines. The Turkish Angora is also one of those cat breeds that loves the water. They go swimming for fun and love spending time outside with their humans.

Other cat breeds often described as wanna-be dogs are the Abyssinian, Manx, Ragdoll, Siamese, and Burmese. If you have any of these cat breeds, or suspect your cat is a mix, it could be their genetics bringing out their inner dog. 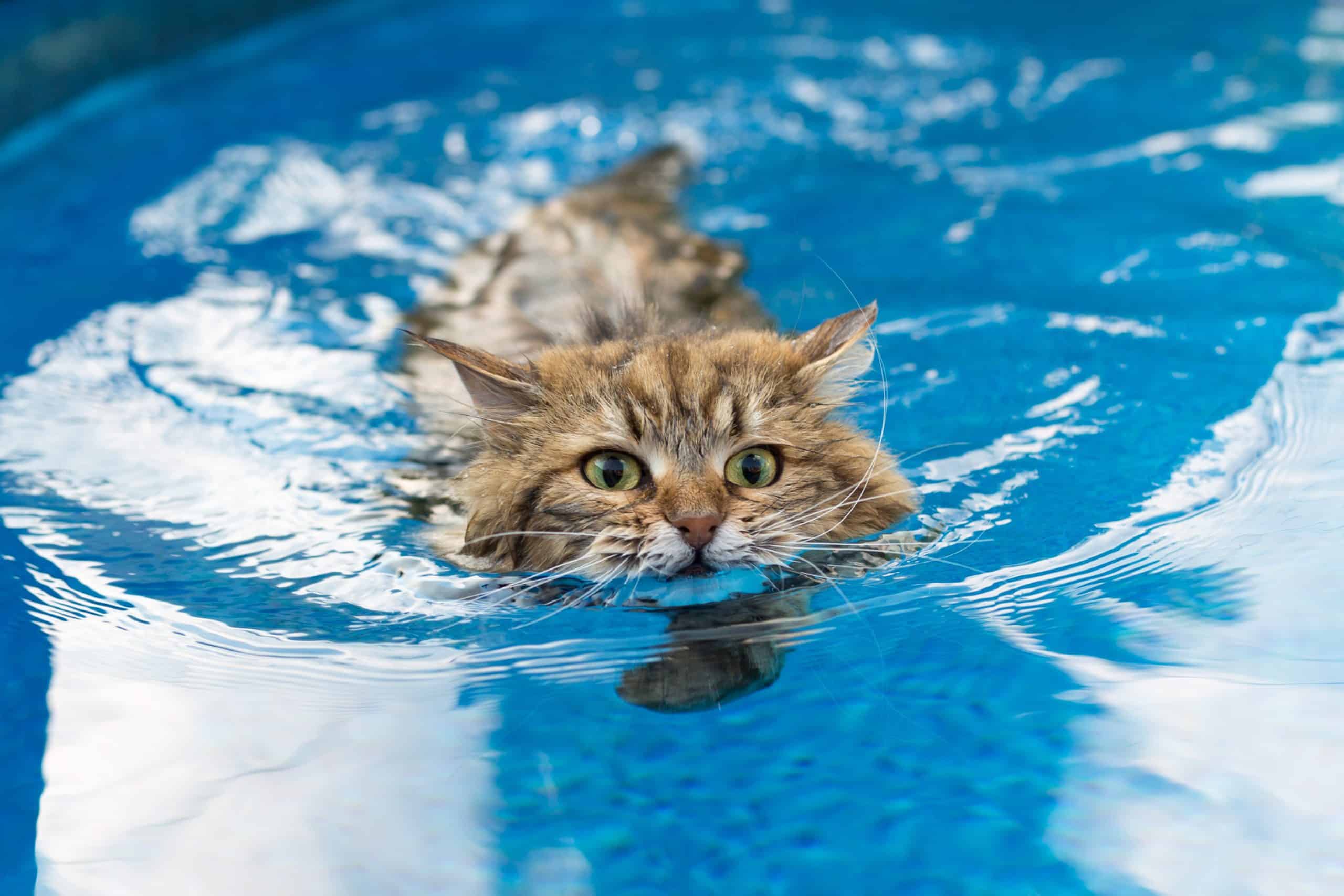 Another explanation for why cats act like dogs is that we humans accidentally reinforce the behavior. You have to admit that a cat pretending to be a dog is super cute. The first time your cat did anything remotely dog-like, you probably squealed with glee. At the very least, you smiled and scratched your cat’s ears. Cats are more than smart enough to connect their recent behavior with your happy reaction. And because cats are quick learners, they start repeating certain actions in hopes of getting that same positive response.

It’s the same method we use to train our dogs. We use positive reinforcement, like treats and praise, to teach a dog to perform a desired behavior. The dog eventually learns that every time they sit or roll over, something awesome happens. So, they keep doing it. Cats learn in the same way, even if we’re not training them on purpose. 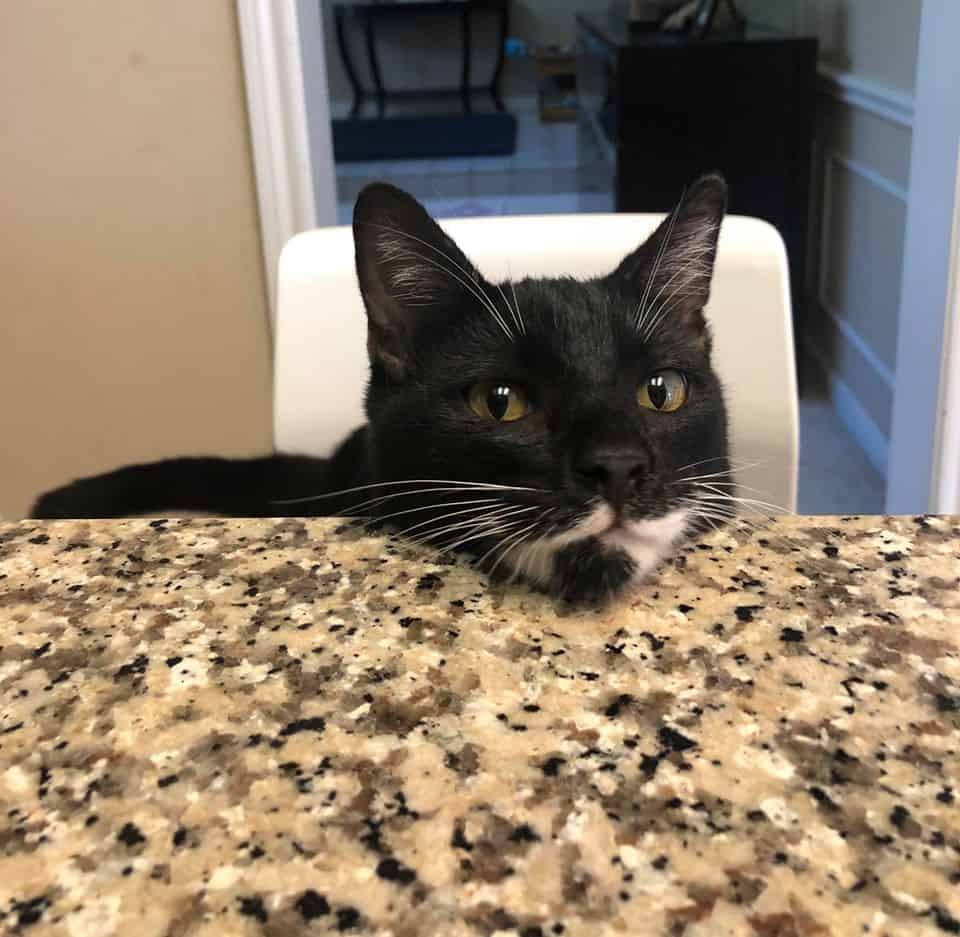 There’s a good chance your cat acts like a dog because they’ve learned something good happens every time they do it. Fetching a ball down the hallway earns them a head scratch, and coming when called always ends with cuddles in your lap. It’s also possible that the positive reinforcement doesn’t come from you. When a cat meows at the doorbell, they’re rewarded with a new human friend to play with. It’s hard to say what reaction your cat makes the connection with. But whatever it is, it’s something your cat really enjoys.

If your cat acts like a dog, you’re not alone. Fetching and doing tricks for treats aren’t the most normal behaviors for cats, but cats do everything for a reason. Either they do it simply because they enjoy it, or they’re looking forward to the aftereffect. Either way, it’s nothing to worry about. Every cat is unique, and their surprising behaviors are just more reasons to fall in love.

Did you learn anything interesting about your cat? Share this article with other cat lovers that you know so that they can learn something, too.

Why Is My Cat Jealous Of My Other Cat?

Why Is My Cat Such A “Scaredy Cat”?