Cats often know exactly where to go when they’re looking to land themselves a home. It’s almost like a sixth sense or a superpower that they possess. For one feral cat living in Washington, D.C., he (or she, they’re not exactly sure) has decided that he would take resident in a busy area of American University. Just like any other cat, there is a particular method to his madness so even though he’s chosen an area with high foot traffic, this is precisely where he wants to be. 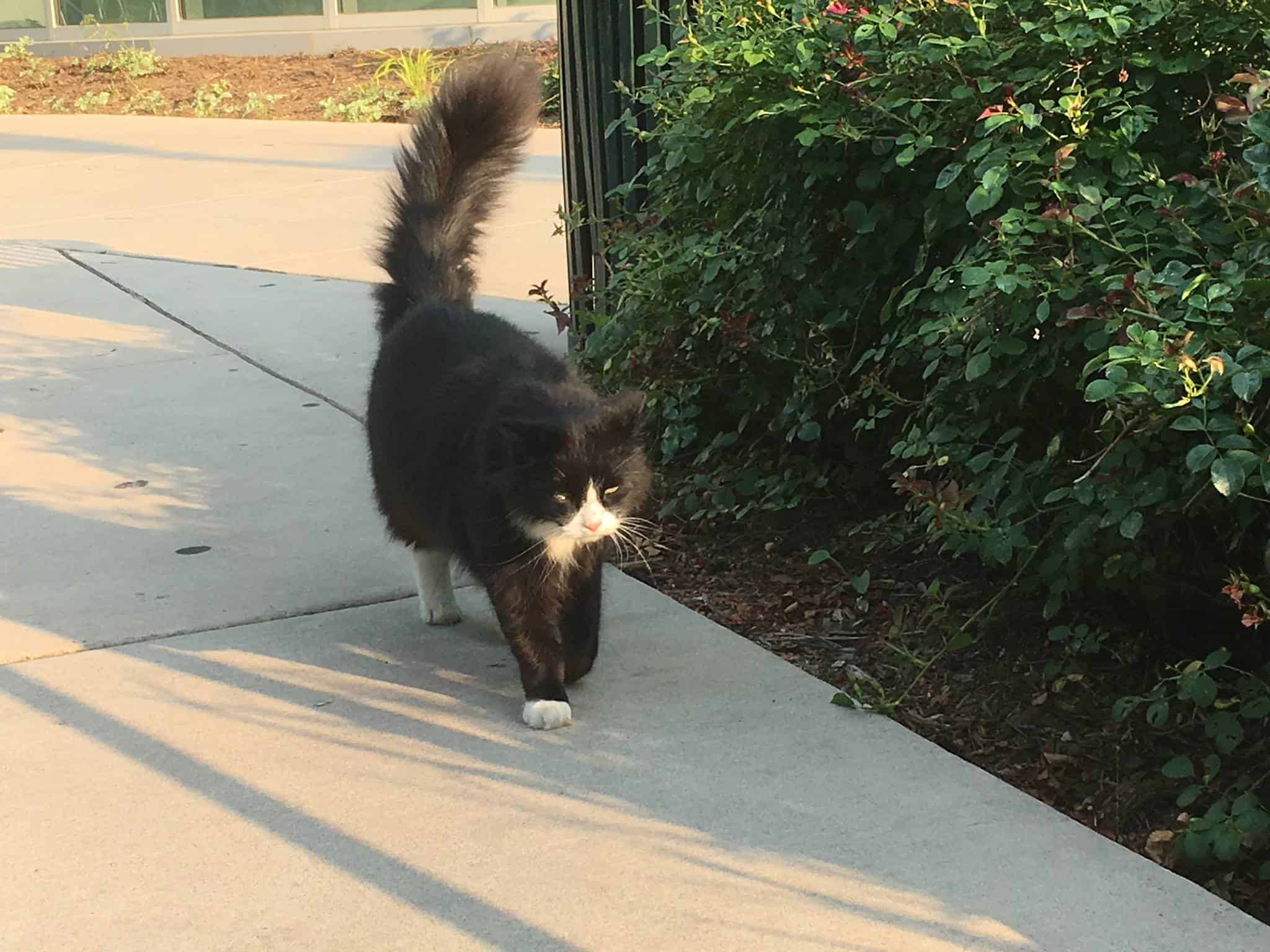 In regards to the now famous feral cat, student Jordan Redd told the Washington Post that:

“Most people on campus seem to really love this cat. It’s become a big part of American University’s culture.”

They’ve come to love the feral cat so much, that they’ve named him Wonk Cat, or “the” Wonk Cat as he’s often called. And not only this, but he’s also earned himself a special cat dorm located next to a university building.

In the fall of 2017, Stephanie DeStefano, American’s grounds operations manager, first suspected that there was a cat living on campus. When making her rounds, she would spot cat food piles strategically placed around the university. 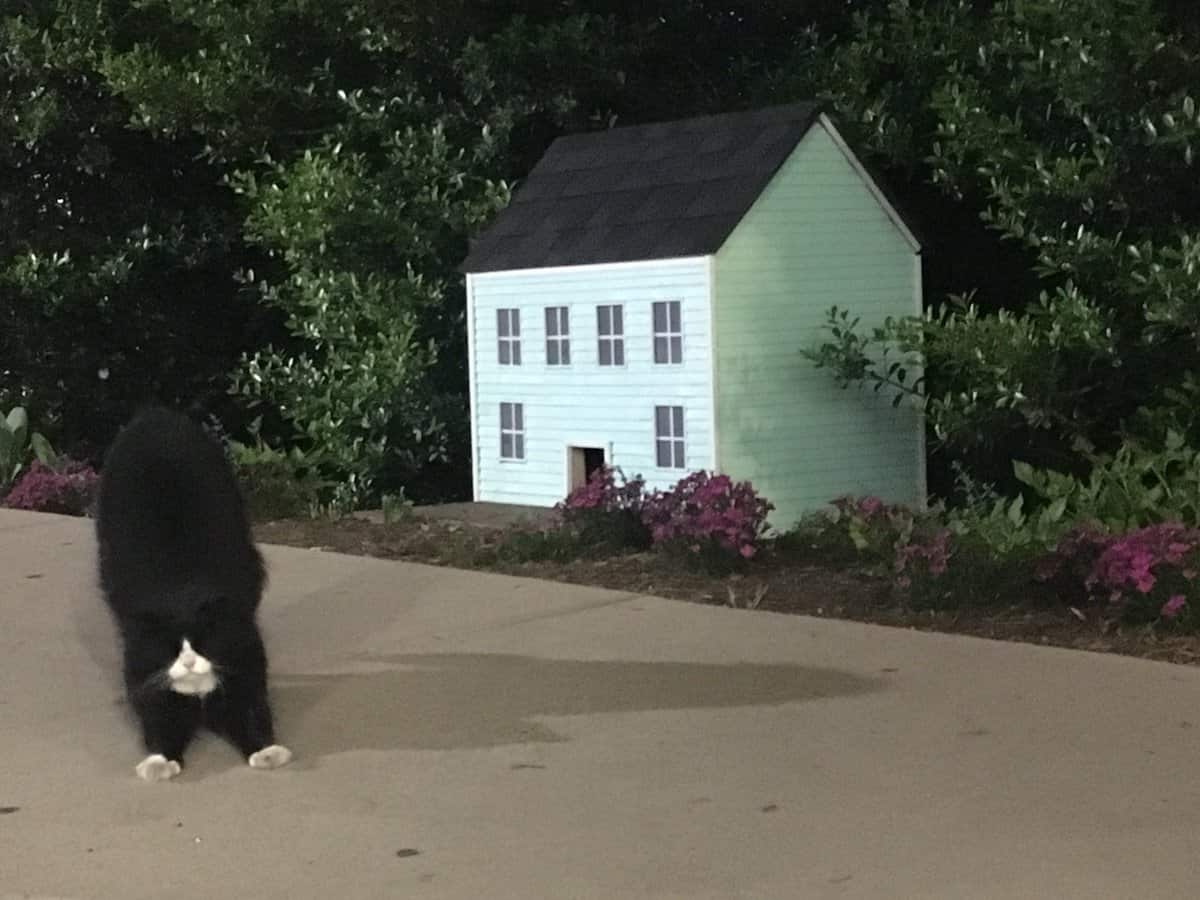 Stretching in front of his cat dorm

DeStefano told the Post that she was growing “increasingly concerned” because she “didn’t want it to attract unwanted critters.”

The grounds operation manager took it upon herself to dive deeper into the cat food issue. She spoke with a representative at the Humane Rescue Alliance by the name of Erin Robinson who told her that she’d been receiving calls from students about the “friendly cat” hanging out on campus.

“It made sense now, why I was seeing that cat food. So I started to hang out there a little bit and talk to students,” DeStefano said. 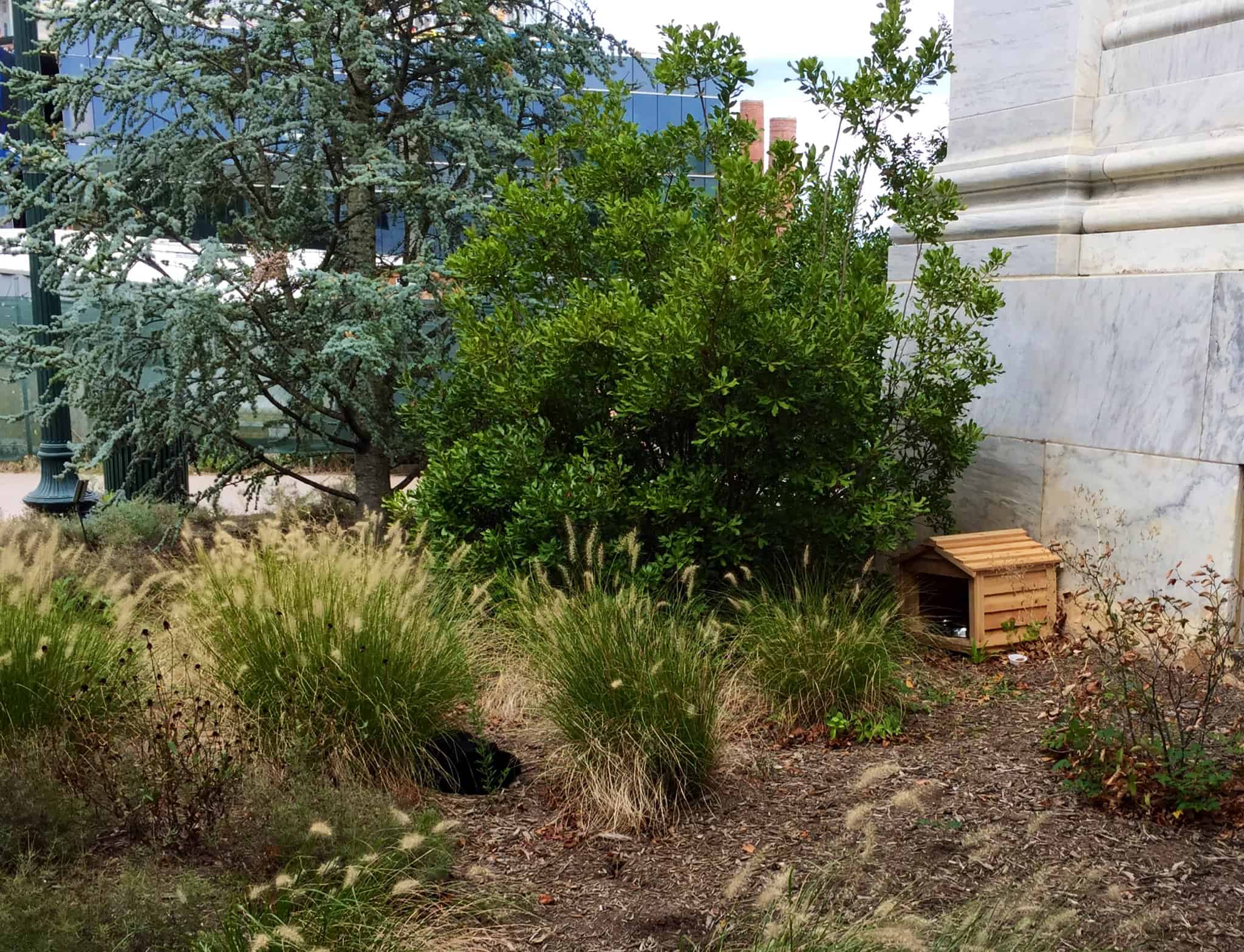 “It wasn’t long before I had the pleasure of meeting Wonk Cat, who the students had already adopted and named. I have no idea where she came from. Or, actually, if it’s a she or a he.”

This unofficial mascot at American University offers students a chance to get their mind off their studies with his daily doses of cattitude and feline perfection. Many seek him out for a photo-opp or a chance to come by and just say hello to everyone’s favorite campus cat. 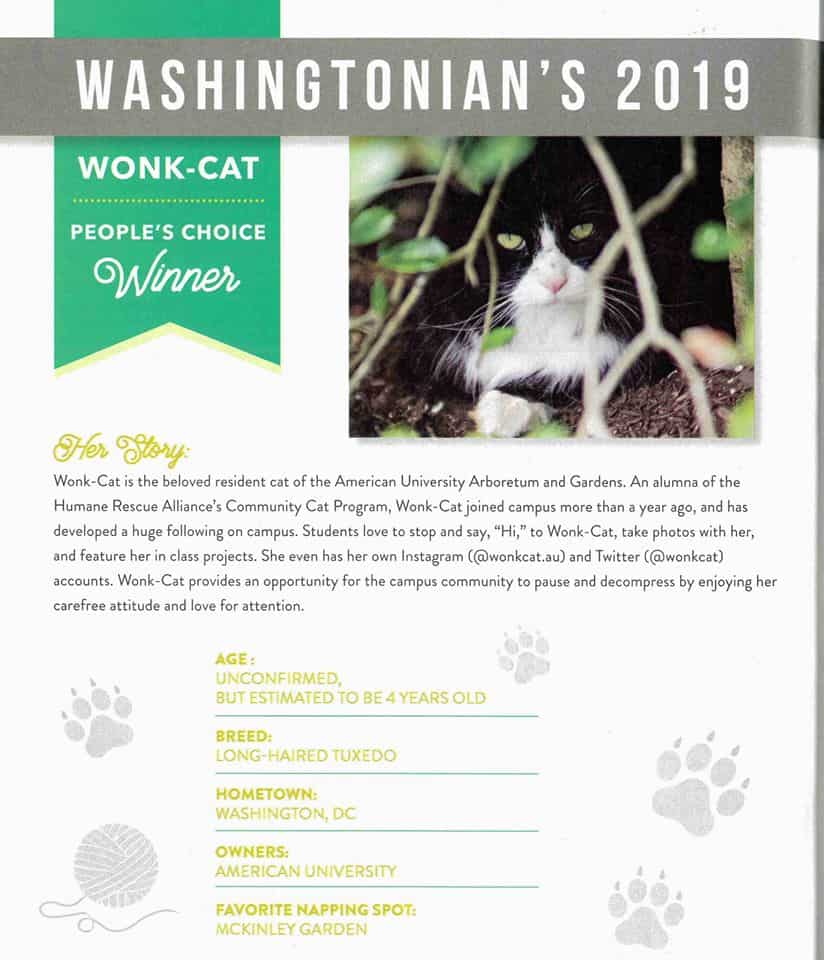 Robinson with the Humane Rescue Alliance visited the now famous campus cat in 2018. Instantly she discovered that he is well-loved and cared for, and current on shots. (It’s believed that he is male, after all.)

In an email exchange with the Washington Post, Robinson wrote that:

“Wonk Cat chose to live in a fairly busy area in terms of foot traffic, but that’s where it wanted to be. Lots of people (students, faculty, staff) began to see and look forward to seeing Wonk Cat.”

It goes without saying that college is often a stressful time for many young adults. Wonk Cat knows that he has a job to do, and he does it with ease to allow the students a random smile and pet from everyone’s favorite feline on campus. DeStefano reports that students will often line up just for a chance to pet him, and that her entire office is filled with cat food which has been donated by both students and staff. 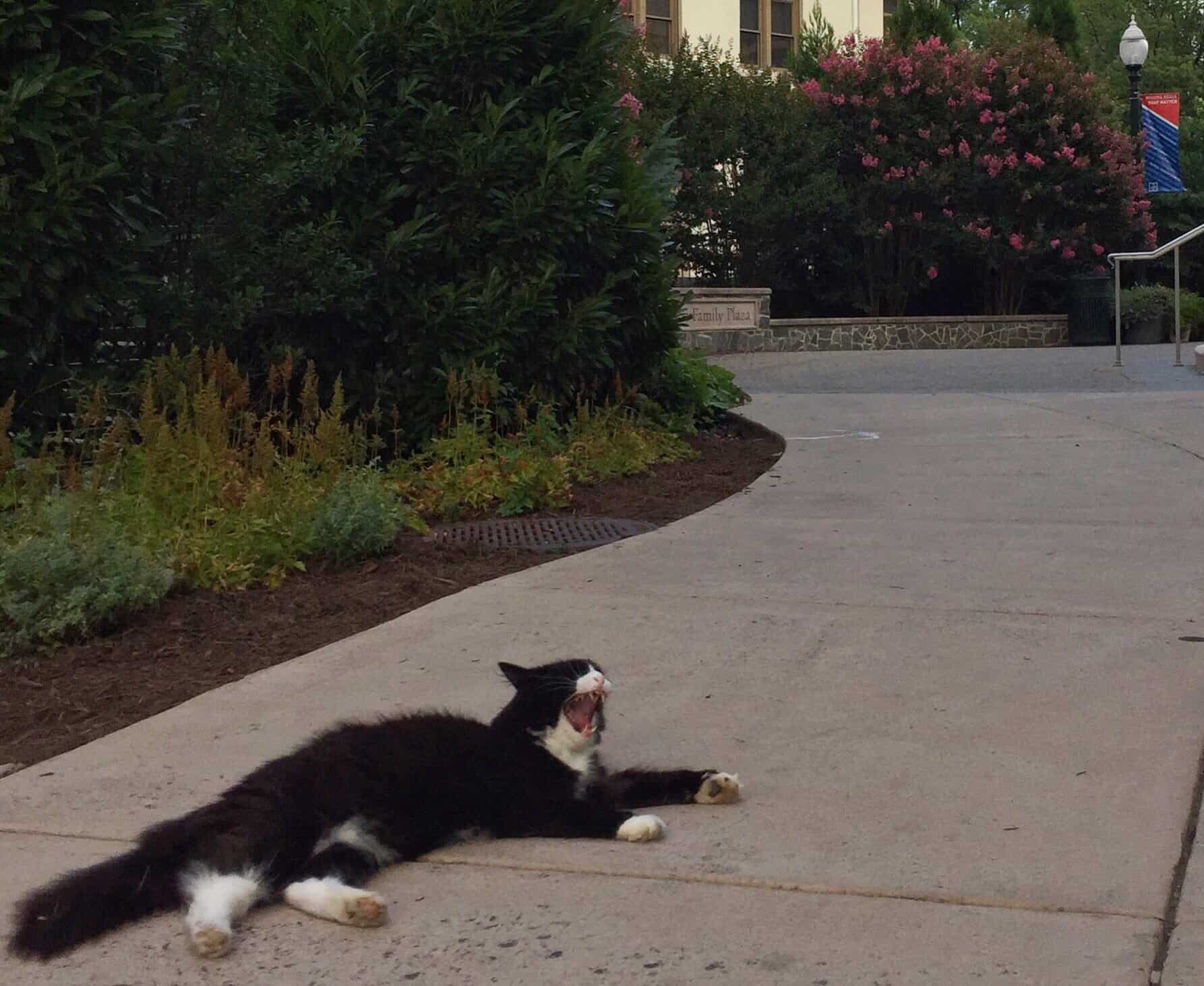 One thing is certain for The Wonk Cat, he will never go hungry—or unappreciated.

“College is a very stressful experience and kind of makes you feel alone,” said one student, Alice Bershtein. “There’s something about animal companionship that is so soothing and reaffirming. . . . I feel like the Wonk Cat kind of serves that purpose.”

It’s nice to see that this feral cat has found people who love him and that he can make him feel special. Give it to a tuxedo cat to waltz right in and steal thousands of hearts. Cheers to Wonk Cat, thank you for being you. 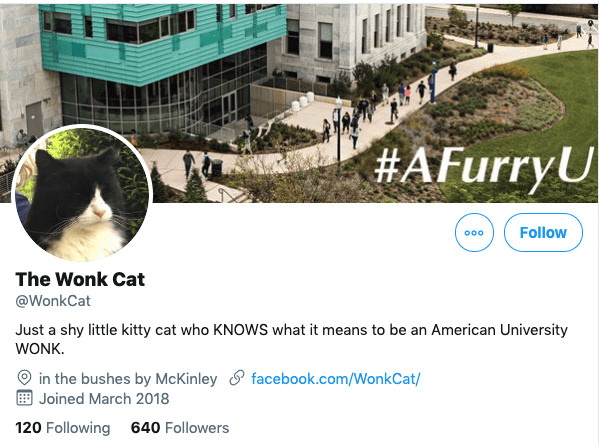 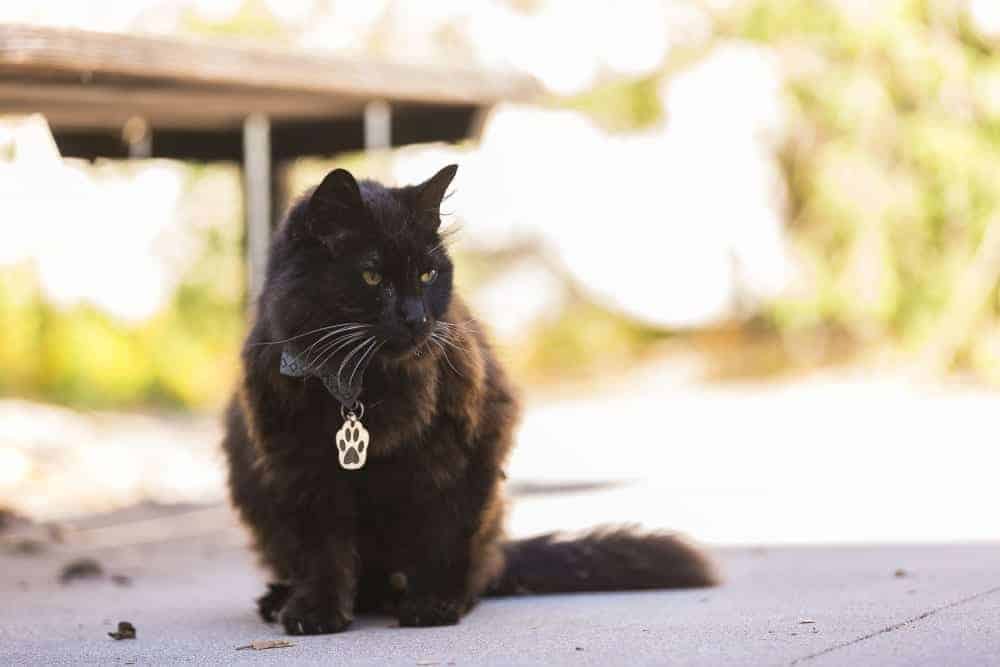 And if you’re totally crazy about tuxedo cats, don’t forget to check out my article dedicated to the fanciest of felines! 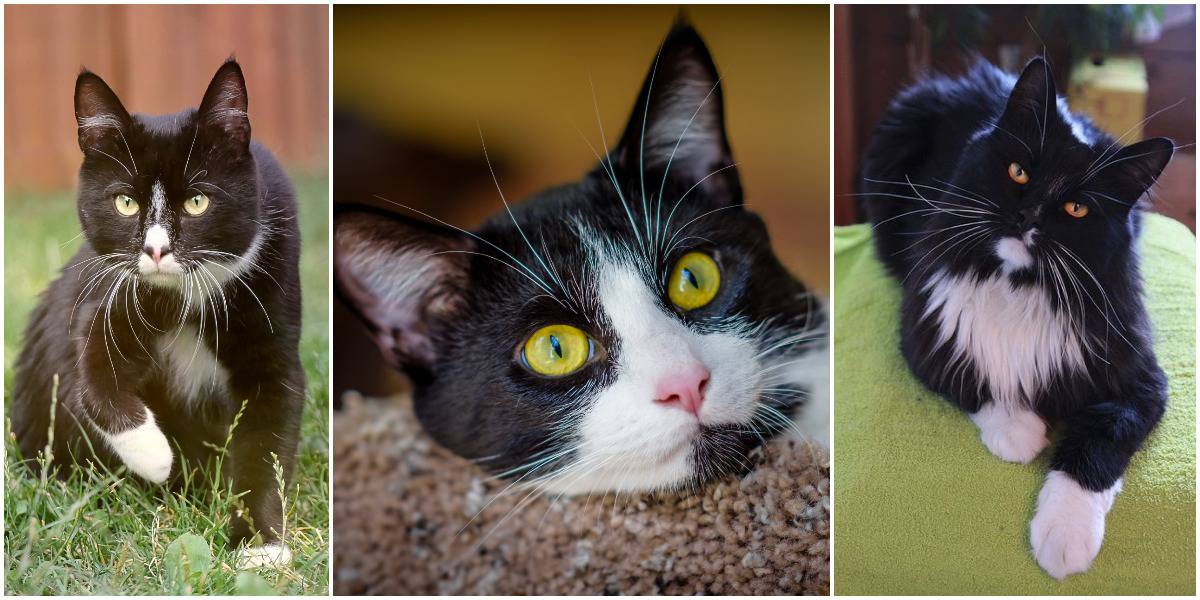